If you can walk, you can dance!

If you can speak, you can sing!

However there is no tone deafness.

Most, if not all, can perceive a melody when they hear it.

They perceive the tones and the difference between "darker" and "lighter".  So: not really tone deaf!

The problem arises when someone who feels like "tone deaf", "unmusical" or "without a music ear"

has to sing a melody themselves. They lack security and they doesnt feel safe in what they do.

I would say: they are disoriented in the tone world, they do not experience the pitch per se and they

cannot sing a melody independently. They are not in the habit of being there.

The talent for singing is of course different from person to person. But the melodic voice as such we all own and we all have the opportunity to sing with the voice we have received. We are all born with a melodic voice - and we can and we should make use of it.

"If you can speak, you can sing!" What the saying points to is that in the most everyday talk there is a built-in melody. The language melody and rythm, the prosody. We all use it.  It communicates feeling, intuition and a lot more - intentionally or unintentionally.

The cause of "tone deafness" is usually not to be found at all in any physiological defect but emotional and biographical aspects of the individual - and in turn those elements affects the body and the way the voice works or not regarding posture, muscular dynamic, breathing etc etc.

I have had many opportunities to work with so-called "tone deaf" and they have all made great progress towards being able to singing independently.

By working on the one hand to dissolve muscular and mental tensions and on the other hand to work technically with breathing and support, they have all made progress in being able to hear and capture specific tones and in following and leading a melody.

People who are called tonedeaf or simply have difficulty following or performing a melody usually have tensions in the area around the vocal cords: jaw, tongue, throat, neck and shoulders.

As a rule, they do not feel these tensions because they usually have them for a very long time.

It is also common that the tensions are not chronic but acute, meaning: voice tensions kick in at specific situations when the voice is used, and especially when singing.

Usually there are psychological reasons behind the "tone deafness". It is often the case that the singer already early in life lost the security and self-confidence of his own voice.
These are often events or attitudes at school.

But sometimes it was all about the adoping to familys and friends voice restrictions.

have not been allowed to express emotions freely and with the

help of the "uncultivated" voice. It has been considered loud,

uneducated, "not necessary" or otherwise "troublesome" for the

environment. The adult attitude starts already with the first

toddlers plastic pacifier (!). If the child is not heard, everything is

in order. The toddler's voice has an enormous capacity in terms of

volume, pitch variation and expression register. A strength it has

the capacity to use - without getting hoarse, notice well.

emotions and discharge what does not feel good or, for all intents

and purposes, feels wonderful. From the very first primal scream, the voice is an innate healing tool. The voice as an emotional / intellectual communication tool is a later stage.

A stage that should not push the first stage aside. The two should be in parallel.

The human voice is something that will always be deeply connected to the one who owns it.

So when someone suffers a social "defeat" in connection with the voice, it can be experienced as a personal defeat or even a violation. The "defeat" is usually based on a judgment of the voice, of the expression, of the musical ability. If this happens often enough, he /she becomes increasingly insecure about the interplay between hearing and voice. Through our own hearing, we correct our expressions so that they correspond to what we want it to agree with. It can be about what we want to achieve, but it can also be about the agreed world of tones with their fixed pitches, i.e. musical scales.

An unused ability fades away.

"I can not sing" is increasingly becoming part of that person's identity.

But there is a way out of that limitation as long as you are willing to invest time.

It's definitely worth the work - even if it can take some time!

I always get so happy when a so-called "tone deaf" wants to give him/herself the chance ..... to get his/her singing voice back.

The ways and methods are adapted to the individual's needs, but in general I start with the breathing.

I start with breathing because it is the most basic thing for the use of the voice. The breathing exercises also do not involve the voice, which is an advantage when you want to avoid the tensions and the mental charge the voice use otherwise activates.

Tensions in the pharynx (which complicates the vocal cord movement) are supported by tension in the tongue, jaw, neck, shoulders and back in particular.

The thing is that these singers (and many others for that matter) charge the upper body with tension when using the voice. Tensions that propagate into the throat and give the voice an insurmountably tough job.

The voice wants a support in the body, a foundation, a floor to s.a.s. stand on. If it does not get it right, namely through active muscles in the pelvis, abdomen and lumbar spine, it acquires that support in the shoulders, neck and jaw. This type of support can be compared to accelerating and hand braking at the same time.

The consequence of the work with breathing and support is that many tensions are eliminated.

The voice gets more room to move and already after that basic work you will notice a significant improvement in the voicing.

When we then start to make the voice sound, we do just that.

We sound! We wait with exact tones and melodies and instead work with timbres and the light (or dark) degrees of the sounding voice. The student will imitate me in a playful way.

Gradually, the voice is "attracted" from the purely "timbre-sounds" to increasingly tonal sounds. Over time, the singer manages to better "capture" and "carry" individual notes.

The work continues with playfully improvisational "follow and lead" and "eco" singing games.

Eventually we start working with simple composed songs. Still in a light and playful spirit with the help of imitation. Our ambition is to keep the playfulness and the lightness.

Fundamental to this work is, of course, that the atmosphere is allowing and completely without judgment. The assessments ugly or neat do not exist. Mutual trust and confidence in the process is more important than pushing for results.Part of the work process is, of course, that it gradually becomes more and more discharged to sing.

Singing should be the most natural, simple and fun in the world and absolutely free from the feeling of achievement. Pure joy preferably.

Also: You're never too old to start singing! It was a joy when Helena, 76, sang again. Last time she was 9 years old and got to understand that it was best if she did something else in the music lesson.

Singing naturally and with your own voice is not something you learn.

Singing is natural and innate. The job is to remove what is hindering the voice; to eliminate the tensions and the mental charge that stand in the way. The singing voice already exists - albeit unheard. 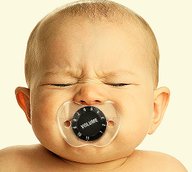